From the Chicago Tribune (Link)

A non-profit group that has installed dozens of historic markers dedicated to the sport of car racing all around Indiana ventured out of that state for the first time to erect a marker honoring the Bettenhausens.

The Bettenhausen name in racing is synonymous with triumph and tragedy, and a marker with a brief telling of the family’s story in the sport was erected underneath the flagpole outside the Tinley Park Recreation Center.

It was unveiled on Saturday during a ceremony complete with a singing of the national anthem and flag-raising by Boy Scout Troop 991.

“There are certain names that stand out in the sport of racing,” said Brian Hasler, co-founder of American Racing Memorial Association, which dedicated the marker.

With Tony Bettenhausen and his three sons all finding success and championships at the national level of racing, Hasler said the name Bettenhausen is among “racing royalty.”

The recreation center where the marker was placed is the site of the former Bettenhausen farm and a museum exhibit inside the center informs visitors about the family’s racing history.

The marker tells the story of Tony Bettenhausen leaving the farm in 1937 to go racing, and how he won national championships in 1951 and 1958 and competed in 14 Indianapolis 500s before dying in a crash while testing a friend’s race car.

Merle Bettenhausen, his last surviving son, attended Saturday’s event and said he and his two brothers continued their father’s legacy in racing. Each wanted to achieve victory in the Indy 500, which their father never did.

“I wish the family was here, so they can enjoy the feeling I have,” Merle Bettenhausen said during the ceremony. “This is one of the happiest days of my life.”

Merle, Gary and Tony Jr. never won the Indy 500 either, but not for lack of trying. They still achieved success and national acclaim in racing in their own right.

Merle lost his right arm in a crash in his first series race in 1972.

Despite that, he later found success in midget car racing and jokes that he raced better with one arm.

With all the tragedy enmeshed with the family’s racing legacy, Merle said he and his brothers still loved the sport and wouldn’t have wanted to do anything else.

“Racing was everywhere we looked,” he said. “Without my dad’s racing our lives would be empty.”

Still, Merle said he didn’t want his own son to take up racing, but he’s proud his five-year-old daughter has shown a huge interest in go-karts.

About 50 people attended the ceremony, including Don MacCartaney of Highland, Ind., who said he had talked with Gary Bettenhausen often about sprint cars.

He said he had attended another marker unveiling at Crown Cemetery near Indianapolis where several notable race car drivers are buried.

Aron Paxton, of Aurora, said he came to the event because he’s a huge fan of racing and its history.

“It’s a bigger deal than I thought it would be,” he said of the unveiling.

Paxton said he grew up with racing and not only enjoys the excitement of watching who pulls ahead, but also with its tradition.

Hasler said the organization had dedicated 38 historical markers in Indianapolis before venturing out to Tinley Park.

Their next historical marker will be unveiled in Fresno, Calif., on June 8 and will honor the Vukovich family.

The Bettenhausen family name is still very recognizable in Tinley Park with the recreation center bearing the name and the Bettenhausen auto dealership owned by Merle’s nephew.

IRMA is a 501c3 organization, and we depend on public and private donations to sustain our mission of memorializing the history of motorsports in Indiana, and throughout the nation. Your help is greatly appreciated. 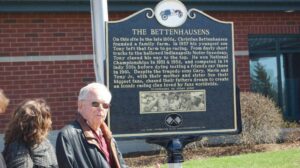 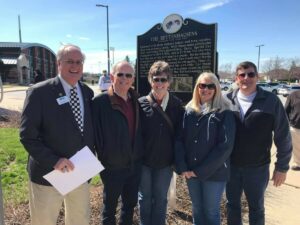 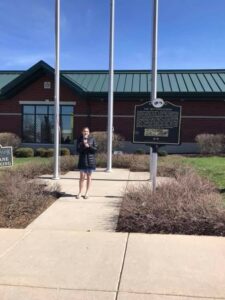 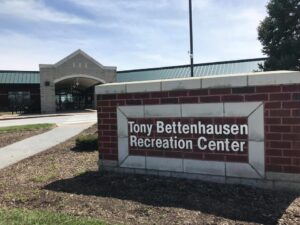 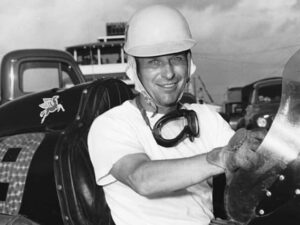 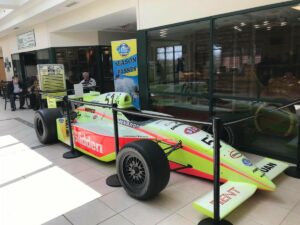 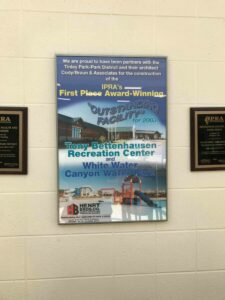 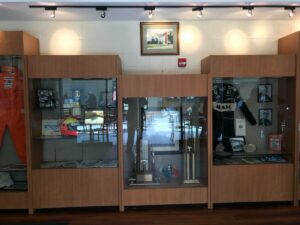 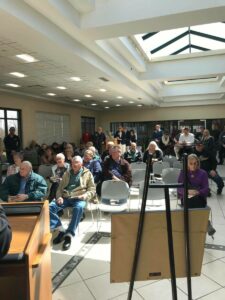 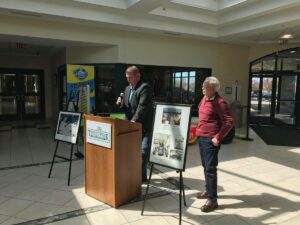 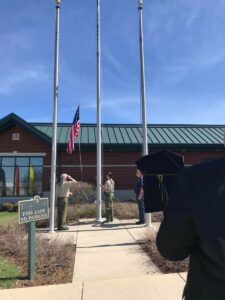 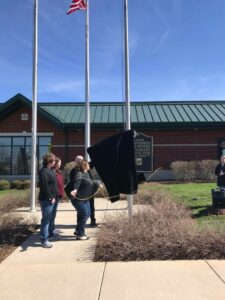